Making Lunch Fun, One Box at a Time

ben·tol·o·gy (ben t äləjē) Noun : The study of making nutritious and fun lunches for my daughters.

This will bring health to your body and nourishment to your bones.Proverbs 3:7-9

You have to admit, the internet is a pretty cool thing. I love how we can all share our ideas and be inspired by each other. For tomorrow's lunch, I was inspired by Kelly at Crouching Mother, Hidden Toddler who was inspired by a tutorial she saw at Mothering Corner. I don't claim to have nearly the talent of those two women, but I'm pretty happy with how they turned out! 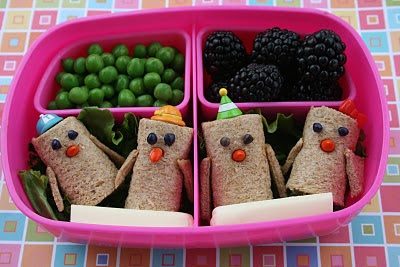 To make them, I just followed the tutorial on Mothering Corner.

** I took this picture before finishing Avery's lunch. For Avery's chicks, I made their eyes by adding dots with food safe markers. I think it looks just about as good and it won't run the risk of them falling off in transport.

Caren
I have been married for 15 years (Wow, time flies when you're having fun!) and my wonderful husband and I have been blessed with two amazing children. I love being a wife and a mother and am so blessed for the life God has given me. 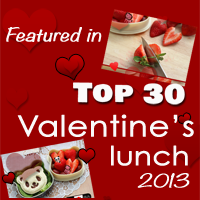